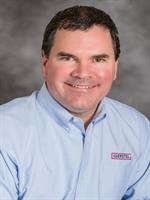 Kurt Thaxton was a research associate at International Paper, where he worked with the analysis of paper and building products, including thermal extraction and pyrolysis. Seven years later Kurt moved on and became involved in developing new instrumentation, as a mass spectrometry specialist, business director, and now as International Product Manager for Pyrolysis and Thermal Desorption at GERSTEL. His main focus is in instrument design and development of standard methods at SAE, ASTM and ISO, where he is the secretary of ASTM D22.05, D22.09, and the ISO Liaison to SAE. Kurt is now involved in partnering with government and contract laboratories in the development of new methods for emerging contaminants in air, such as PFAS and ethylene oxide.