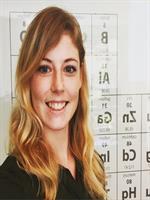 One of the most high-profile environmental issues concerns a class of compounds called per- or poly-fluoroalkyl substances (PFAS). They have received significant public and media attention due to their toxicity and extreme persistence, and because of their documented presence in many natural water systems globally. Increasing regulatory and public pressure has stressed a need for lower detection limits. Challenges arise due to the compounds’ ubiquitous and persistent nature, affecting the ability to push instrument detection limits while being impeded by high background and baseline. Improvements in sensitivity have been demonstrated using a microflow LC approach with specific considerations and configuration. The extent of these improvements has been assessed at different combinations of flow and injection conditions. injection volumes (as low as 3uL) when a slow injection speed was used versus a very fast injection speed. Ultimately, designing a mixing approach with a wider-bore section of steel tubing, improved mixing of the injection with the mobile phase upstream of the column head and had significant effect on chromatographic peak shapes. Typical sensitivity improvements observed when comparing the microflow data to a typical high flow acquisition ranged from a factor of 3 to more than 10 times, depending on the LC flow rate and the characteristics of the particular analyte. The robustness of the method was also assessed by continuously injecting more than 100 samples of a standard mixture spiked into relevant environmental waters.